WHO’S READY TO BECOME AN IRONMAN?

Did you know that the Ironman contest starts in Hawaii?

Everything started in the Waikiki Swim Club. John Collins & Naval Officer were debating which athlete were the fittest: swimmers, bikers or runners. Because of these three activities, it is called triathlon.

After a while John & Judy his wife participated in new competitions known as triathlons in San Diego. Because of this, they decided to combine these three creating the toughest competition on the island. To put an end on the discussion of who was the fittest, this was the only solution, LOL.

On February 18, 1978, 15 competitors including Collins, went to the shore of Waikiki to take the first-ever Hawaiian Iron Man Triathlon. 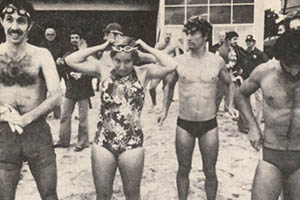 The Collins let ABC the permission for the first time, to film and bringing worldwide recognition to IRONMAN in 1980. A lot of people start watching and they started to follow this competition all over the world.

It is a very important, famous and brave history known as “The Crawl”, Julie Moss, a student was close, really close to the finish line and she starts to collapse, she was so near & off course she does not want to give up, the only way to finish was to crawl until she crosses the finish line, becoming an IRONMAN.

Nowadays is one of the most important competitions around the world. They are hundreds of thousands of triathletes training every day to become an Ironman. They tell me that at the end of the day it is such a satisfaction that they don’t feel as tired as they should. Another interesting fact is that it is very common for them to get a tattoo with Ironman’s logo.

The competition takes place in several places, Cozumel is one of them, all years in November because Cozumel weather is not that warm or humid, so they are able to finish. We are very lucky to have this spectacular triathlon once a year.

So who is ready to become an IRONMAN? 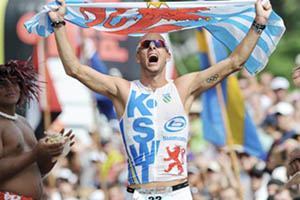 Come visit Cozumel, we will be very happy to receive you!

A private boat for rent is a GREAT IDEA for you to relax before your competition and enjoy the beauty of this amazing paradise.