SNORKELING AT THE CARIBBEAN 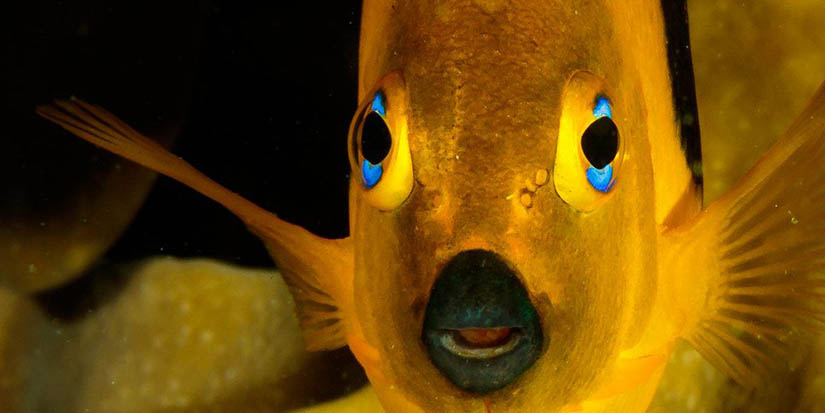 If you love diving & snorkeling you will be amazed by all the varieties of fish we have at Mexico in the Caribbean. You can see some of them on the shore, but of course, the best way to see this kind of fishes is by boat you will enjoy going deeper discovering all the underwater beautiful life. 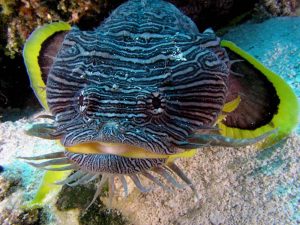 This fascinating fish can only be found in one place in the world: Cozumel, we are very lucky!

They live in caves at the reefs, hiding from us, this fish is very very shy, the splendid toadfish is just one of many fascinating toadfish species, they have really interesting characteristics, some have photophores light-emitting spots, so they can glow in the dark, while others generate buzzing mating calls that can even be heard by humans. 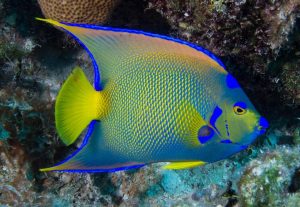 The color of this fish is so vibrant and beautiful, they have a small dark patch on the forehead resembles a “Crown”, giving this species its name. They can be found feeding of sponges or hiding among the sea fans, they love to interact with humans. I’m pretty sure you will find them snorkeling. 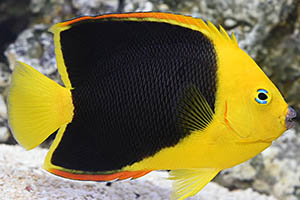 The most graceful swimmers on the reef, their lips are usually purple or blue, they love to eat sponges, and they are really common through the Caribbean. An interesting fun fact is that they live in harems, the large male is surrounded by small females. You can discover them both on the surface and 10 feet. 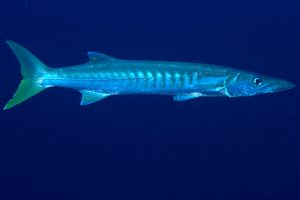 This fish can be a bit unnerving at the beginner snorkeler because they reveal their large teeth by their opening and closing mouth, this is not a display of aggression. The barracuda often travel alone and swim just off the reef. I recommend not bringing jewels near them, they feel attracted to the shiny pieces. 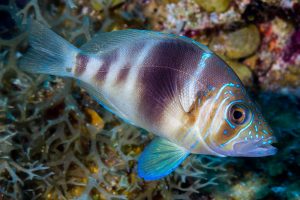 They swim close to the reef giving them the ability to make holes to hide when a predator approaches. Hamlets are simultaneous hermaphrodites.

They trade roles in the mating behavior around dusk each day. 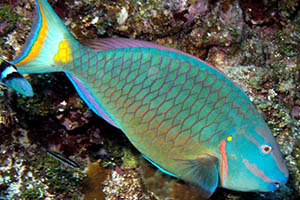 They have an unusual square body shape, giving them the family nickname, Boxfish. They swim around the reef primarily, using a rapid movement of the pectoral fins, you will found them between 15 to 80 feet in depth.

A dark patch around the mouth helps to distinguish them from similar species. They like to be seen, they are used to humans. 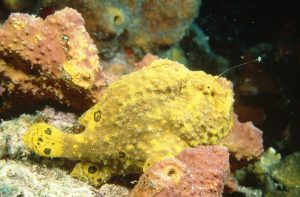 They have several unusual characteristics, their ventral fins look like feet allowing them to walk along the bottom. Frogfish can be difficult to find because they can change color camouflaging among sponges. If they don´t feel disturbed, they will remain in a small area for several weeks. 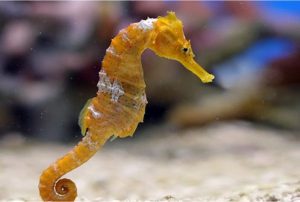 Seahorses captivate children, making them one of the most popular of the list. They are seen with regularity at certain “special” sites, you can find them from the surface down to 40 feet. This species varies in color, from red to orange, yellow, white and black, also they are often very shy. It is said that seahorses are monogamous, that once they choose their mate, they no longer take off from it, this caused them to be seen as the symbol of love and union. 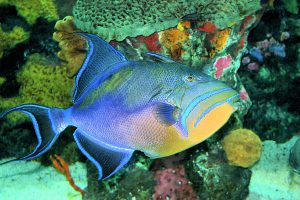 They grow up to 2 feet in size. You will love their vibrant colors, they also have small black lines very radiant bellow the eyes, it is difficult to approach them, they are very shy.

If you have a chance to see one or several of these amazing species please do not bother them, they are in their habitat and they do not like to be touch or invade. Please just enjoy watching their bright colors & shapes!